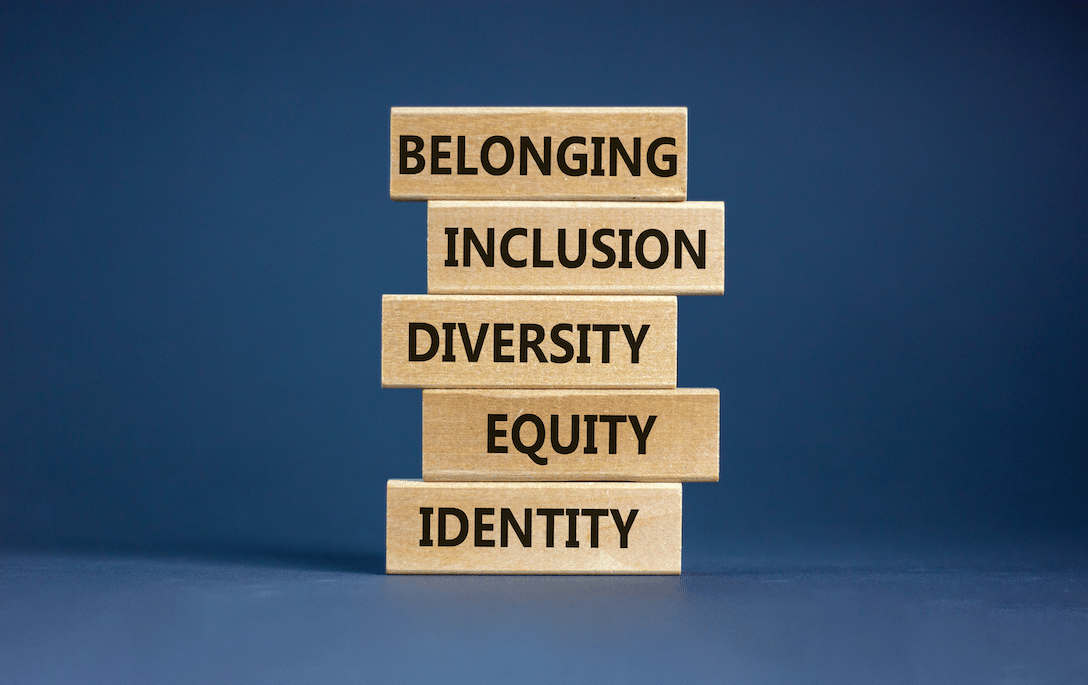 Employee experiences impact customer experiences. It’s why there are a lot of conversations about diversity, equity, and inclusion in the workplace. When employees feel valued and appreciated for showing up as their true selves, they deliver customer excellence even when their boss isn’t looking. They also help mold the company culture where employees choose to stay longer and tell others to join too.

A common debate is whether or not DE&I and belonging are the same? The answer is no. Pat Wadors, who is credited with creating the term DIBs (Diversity, Inclusion and Belonging) puts it thus: “D&I may capture your head, but belonging captures your heart.” I also love Anita Sand’s simple yet powerful definition.

DIVERSITY is a fact (the numbers are what they are), INCLUSION is a choice (you decide whether to include someone or not), but BELONGING is a feeling that can be enforced by a culture that you purposefully create.

The Meaning of Belonging

A Feeling You Never Forget

Every human can think of a moment when he or she felt they didn’t belong. It’s not a feeling you forget. Even as a kid, you develop ‘spidey-senses’ for it. Exclusion hurts and thinking of times when you didn’t fit in because of something you couldn’t control can teleport you right back into that sad, pit-in-your-stomach feeling.

Every single one of us has had those moments. Maybe you were bullied as a kid or always the last one to be picked for the sports team. Perhaps your moment was when you immigrated to a new country or joined a new company. Maybe you feel the need to play down or hide your religious beliefs, your accent, or your sexual orientation from your colleagues. Shaped by our own history, there are so many maybes and so many moments for each of us when, for whatever reason, we didn’t feel like we belonged.

The unrivaled power of belonging and the detrimental effects of not play out every day in our society. The recent tragedy in New Zealand is a painful example of what happens when some of our fellow humans are treated like they don’t belong, but also of the powerful and reinforcing messages that bind a community and country together when the resounding response to them is: Yes, you do.

The Liberating Power of Belonging

Think of that soul-destroying feeling of not belonging. Now imagine dealing with it every day at work.

Have you ever wondered if the colleagues who sit around you feel like they have to filter major parts of their personal identity out of their professional persona? If they check a part of their life at the door each day? How painful must it be to tolerate that sense of exclusion every day just to make a living? And yet it happens all the time.

For all our talk of diversity and inclusion (D&I), we often fail to recognize that just because someone is included in our organization, certainly doesn’t mean they feel they belong.

Organizations have worked hard to increase the diversity of their workforces and create inclusive cultures, and yet the results have been underwhelming. While D&I strategies are necessary for companies to perform at their best, they are far from sufficient. Unless the people in your organization truly feel they belong, regardless of how diverse they might be, you’ll never realize the full potential of the talent you’ve worked so hard to attract.

Belonging is a feeling and therefore a far more powerful force than any D&I strategy could ever be. It’s a fundamental human need, a word that translates across any language or culture, and a feeling that every human is wired to want.

The Smothering Effects of Not Belonging

When you settle for a workplace where you know in your heart you don’t belong, you lose your mojo. It hurts when you feel that only part of you fits in at work and when there’s a big difference between your “home self” and your “work self.”

In order to better fit-in, people will try as best they can to conform to the dominant culture. If that means downplaying a part of themselves, that’s what they’ll do — a phenomenon known as covering or masking.

Research shows that people mask to a far greater degree at work than we ever imagined. A Deloitte study of more than 3,000 people found that 61% of people cover at work on at least one dimension. More so if they are black (79%) or gay (83%).

Covering is exhausting. Feeling like you consistently have to “be someone else” to be a ‘cultural-fit’ is akin to being smothered from the inside out.

For those in leadership roles, the pressures intensify, resulting in inconsistency. Some days, you can adhere more to the way you think the company wants you to behave; others, you show up more as your authentic self. That variability becomes confusing and tiresome for your team.

On the other hand, when organizations succeed in creating a culture of belonging, the upsides are enormous — higher employee engagement scores, an enhanced talent brand, lower attrition, fewer sick days, improved productivity, better communication, and teams that fire on all cylinders in terms of innovation and collaboration.

Few companies would say no to any of that.

Belonging — The Gateway to Innovation

For businesses today, being innovative isn’t a nice-to-have; it’s a fundamental imperative. Diverse perspectives, new ideas, creativity, and risk-taking are the superpowers every company is trying to build. And yet, few have realized that their kryptonite is having employees who don’t feel they belong.

Closely linked to a culture of belonging is the notion of psychological safety — the belief that you’re not at risk of embarrassment or rejection; that if you make a well-intentioned mistake, you won’t be criticized.

In a culture where people feel psychologically safe they’ll feel confident enough to put an idea on the table and know that if it doesn’t win out, it wasn’t because of anything innately to do with them. Belonging creates the trust that’s needed for people to share their best thinking and put their craziest — and, perhaps, least popular — ideas on the table.

Not belonging renders people silent. After working so hard to recruit great employees, it’s a shame to think that any of their talent or ingenuity remains untapped merely because they don’t feel safe enough to speak up. Worse still, when employees don’t trust that they can express dissenting opinions without being punished, they’ll only say what management wants to hear.

Belonging has the power to liberate ideas. Think of it as the gateway through which your employees have to pass in order to bring 100% of themselves to the job. Opening that gateway unleashes their creativity and tells them it’s safe to take risks — the critical pre-requisites for innovation and change.

Environments with high psychological safety are those that can genuinely harness diverse perspectives because people aren’t worried about picking and choosing their words or protecting themselves. Instead, they can focus on the team’s goals, not shying away from direct or even confrontational conversations, including with senior colleagues.

According to Pat Wadors, to create a culture of belonging, teams, and managers should reflect on three questions:

You can ask your employees about moments they felt they belonged and moments they didn’t. One of the world’s largest asset management firms undertook this exercise in preparation for a leadership offsite. They recorded employees, in their own voices, and then had the firm’s leadership team listen back in the dark, allowing them to truly hear and internalize their colleagues’ sentiments. The result was a breakthrough conversation where most senior executives shared their own stories and decided to make belonging a core element of their culture going forward.

Asking team members to share their stories of origin is also a powerful way to create moments of belonging. As a manager, it’s also important to tell your story. Give people permission to celebrate their uniqueness. Team leaders create belonging cultures by modeling openness and fallibility themselves. By talking about their own vulnerabilities and mistakes, managers encourage others to do the same, helping to mitigate any self-censorship.

Moving your organization toward a culture of belonging isn’t a straight or easy path to take. This stuff is messy but what matters is that leaders are transparent about their own learnings and sincere in their intent. Even a shared awareness of the difference between somebody being “included” versus feeling they “belong” is a step in the right direction.

What’s almost guaranteed is that organizations on this journey are going to feel like things get worse before they get better. It can be a hard balance to strike — to create cultures where people belong but also in which they can be unique.

Along the way, people will feel uncomfortable, and mistakes will be made. But that’s okay. It’s important to view that as progress; it’s to be expected when you move beyond a cerebral approach to diversity and inclusion to a place that captures people’s hearts.

As with all progress, it’s never perfect, but the end result will be worth: An organization where people feel they belong and, better yet, the chance for you to work and belong there, too.

Dr. Anita Sands is an independent board director, international public speaker and creator of the #wisdomcards series. She writes and comments regularly on issues relating to boards, technology, and diversity & inclusion. Find out more about her at www.dranitasands.com or follow her @dranitasands.